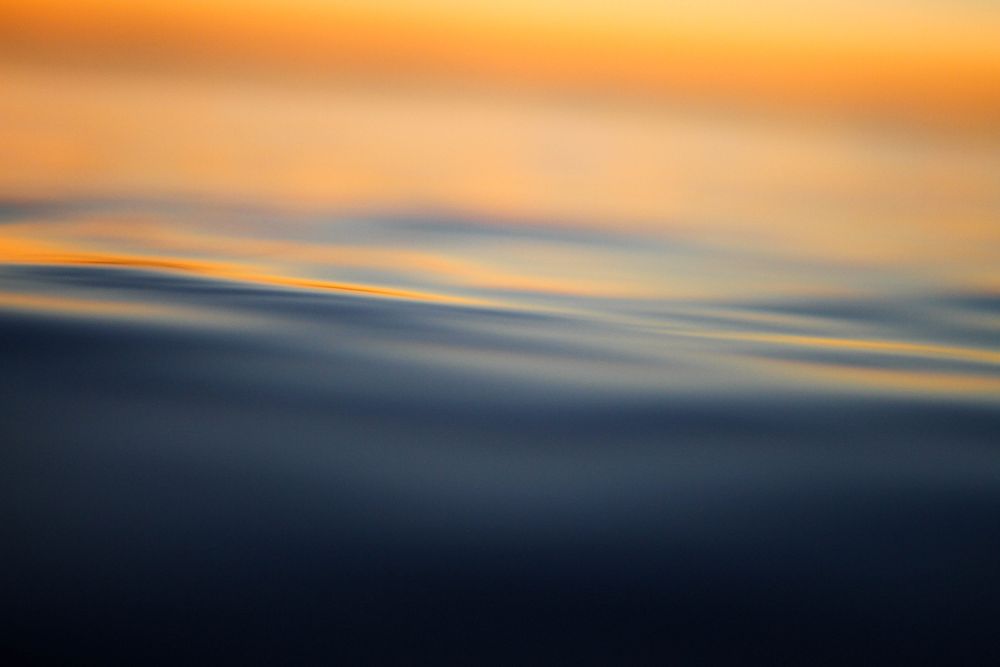 You work on a Big Improvement: rewrite backend on Go, move services to AWS, change a task tracker — something that affects multiple people's day-to-day work.

And then the initiative faces a pushback.

How much it hurts depends on when you encounter it: rejected proposals feel more bearable than having to throw away the nearly finished work you've been doing for months.

How to prevent it?

I have repeatedly found myself on both sides of the fence — as a proponent of innovations and as a member of the sceptical camp. Now, I am pretty sure that Big Improvement's future entirely depends on its author: how they prioritise different kinds of work, address concerns and adapt to feedback.

Let's figure out how to deal with yours

For the purpose of this article, I assume that:
1) you did your homework and know that your company will benefit from this initiative
2) you are open to feedback and ready to adjust if needed

Ask yourself: why would anybody reject a good initiative? Assuming nobody is malicious, the answer is obvious – they do not think it is good. But why?

There are many possible reasons:

Some of them are more frequent than others, and I want to highlight these three as the most common:

Let's see how you can prepare to face each of them.

Reason 1: People do not believe you can reach promised goals

Imagine a medieval kingdom that has been terrorised by a gigantic dragon for centuries. The dragon mercilessly burns the fields with the best crops, devours cattle, and kidnaps the most beautiful (by dragon standards) princesses.

You, a foreign knight, come in armour and on a white horse and ask for thirty armed men and two bags of gold to finish off the dragon forever – something that many have tried to do, but no one has yet succeeded.

What do you expect to hear back?

Why do you think it would be more performant and easier to maintain? Are you sure? I'm not sure...

The longer a problem exists, the harder it is to believe that somebody can solve it.

Especially if there were many unsuccessful attempts in the past.

Psychologists call this effect "Learned helplessness" and suggest that it can spread like a virus, infecting individuals, teams and organisations. Collectives that catch it become inert and pessimistic — it requires enormous effort to overcome the dominant belief that nothing can be done.

Scepticism is contagious. Therefore, it is easier to prevent it than change many people's mind. But you cannot do it with bare arguments.

Instead, you can benefit from applying some principles of the hypothetico-deductive method:

If it looks too abstract, let me bring a more concrete example:

In the example above, we propose using Rust to solve existing performance problems.
Instead of reasoning whether it would work or not, we identify parts of the system with higher chances of performance problems, agree on how failure would look like and design the experiments that may reveal the shortcomings.

Even though it may sound straightforward, it is common to see two other approaches which do not end up well:

But anyway, it was a pretty easy one – time for the more interesting case!

Reason 2: People tried what you built and did not like it

This happens a little bit later, when you think you built something good enough for others to use.

You prepare a polished demo that fulfils all expectations and makes everyone's hands hurt because of incessant applause:

But when others start using it... well, this happens:

I like the old way better.
Yes, I needed to change the code in five places.
Yes, the code was hard to test.
Yes, it was less performant.
But at least I could get it working because I knew what to do.
Now, I have no idea what's going on, and it all keeps breaking!
Can you de-engineer it back?

There are several possible causes, and in most cases, they occur together:

Ensure that people have the best possible experience working with a new system from day one.

It would be ideal if you provide:

If it is impossible to do all of this because you don't have many resources, I would recommend keeping other people away from this version until it meets all criteria. The quality of the first impression means much more than time.

You may have valid reasons not to wait, e.g. when other engineers want to start building something else on top of your system while it is in development. All situations are different, but my suggestion for this case would be to pair with them until they have necessary context.

Reason 3: People disagree that the problem is worth solving

Imagine yourself in a group of bright scientists trying to invent powerful yet affordable quantum computers.

At some point, your experiments pay off, and you find the way to manufacture inexpensive quantum chips –– with them, even smartphones would vastly outperform existing supercomputers from the IBM labs.

However, there is one minor drawback. Its architecture is absolutely incompatible with what we have nowadays, making most of our computer science knowledge redundant. Needless to say, some developers may find having to learn all from the beginning a little unfortunate.

To say the least.

What do you mean by 'automated releases'? All you need to do is to log in to the production machine, download new code and run three commands – I can tell you which ones.
You call it a problem just because you were not here 12 years ago!

To discuss the root cause, we need to consider two separate cohorts:

The first group's reasoning is pretty obvious (just make the transition smooth for them); therefore, I will focus on the second one.

Nobody introduces inefficient systems on purpose. At least, these situations are pretty rare.
Quite the opposite – people usually have good intentions:

In time, the solution loses its appeal: it does not satisfy new requirements, there are open source analogues which do the same, and so on. It is time to replace it with something better, but it will imply throwing away all hard-earned knowledge, taking off an expert hat and having to learn something new.

Besides, the experts know the current version like the back of their hands and see all arguments as exaggerated.

The alternative approach acknowledges the history of an existing system and focuses on what changed since it was initially created. This can help build a foundation for productive collaboration with the current group of experts and get them on board.

This list of questions can help have a constructive conversation with the experts:

This approach allows you to join forces with knowledgeable people to find out much more about current and potential use cases, identify hidden problems, and not repeat old mistakes. Experts, in turn, can retain and update their experience after replacing the existing system. Win-win.

Rejection can be painful. Fear of rejection is real.

You may want to avoid this by not letting anyone into your plans until everything is perfect.

Do not fall into this trap because building what nobody needs is much worse than facing a pushback.

Instead, be wise in driving your initiative because its future depends on you: how you identify stakeholders, prioritise different kinds of work and adapt to feedback.

Liked this article?
Subscribe for more and receive new ones by email.
You can also find me on Twitter – I am always happy to chat :-) 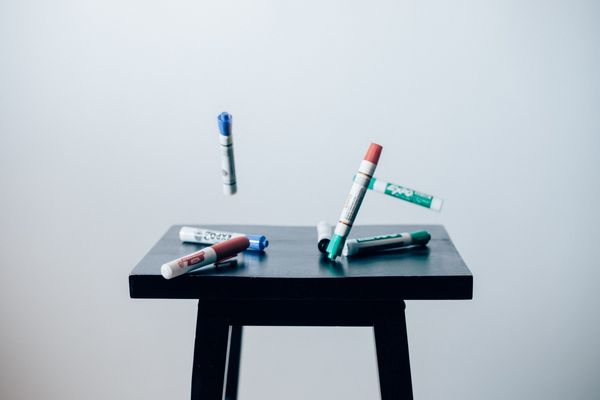 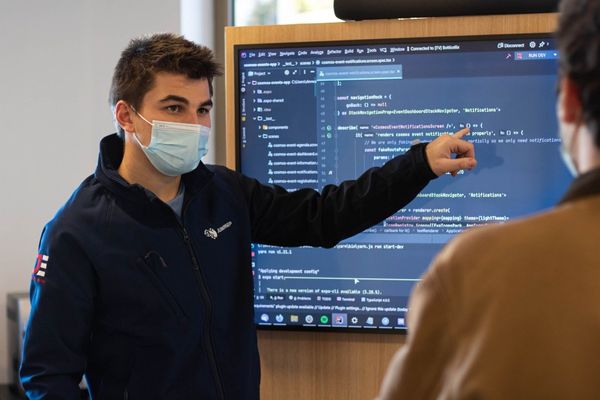 New to the Project? Do Code Reviews! 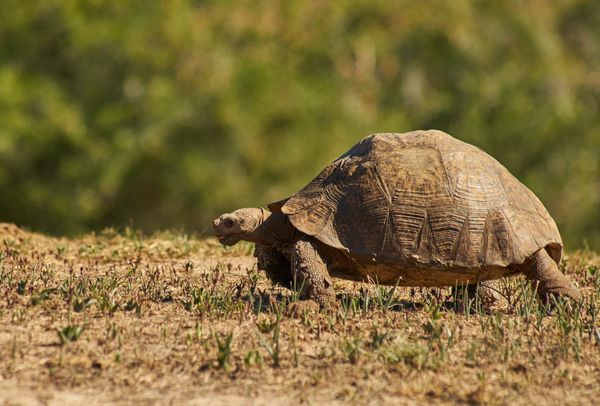 Not as Productive as Others?